There is no risk-free level of exposure to secondhand smoke. It presents an immediate and serious health threat, due to the effects of tobacco smoke inhalation in enclosed areas. Regulating smoking in public and workplaces eliminates this threat. – 2010 Report of the U.S. Surgeon General 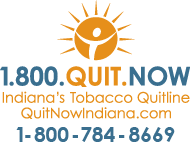